This is My Commandment 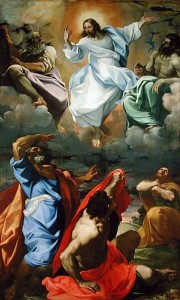 “This is My commandment, that you love one another as I have loved you. Greater love has no one than this, than to lay down one’s life for his friends.” -John 15:12,13

“Judge not, that you not be judged. For with what judgment you judge, you will also be judged; and with the same measure you use, it will be measured back to you.” -Matthew 7:1-3 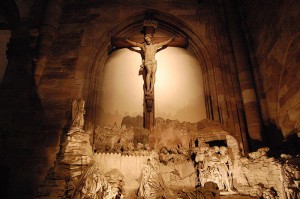 “But if you do not forgive men their trespasses, neither will your Father forgive your trespasses.” -Matthew 6:15

“Therefore, whatever you want men to do to you, do also to them, for this is the Law and the Prophets.” -Matthew 7:12 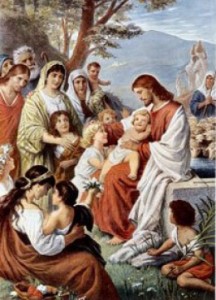 And He said, “Woe to you also, you lawyers! For you load men with burdens hard to bear, and you yourselves do not touch the burdens with one of your fingers.” -Luke 11:46

“But if you had known what this means, “I desire mercy and not sacrifice,” you would not have condemned the guiltless.” -Matthew 12:7

The Least of These 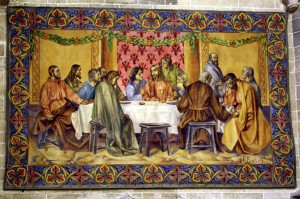 “And the King will answer and say to them, ‘Assuredly I say to you, inasmuch as you did it to one of the least of these My bretheren, you did it to Me.’” -Matthew 25:40

“Look at the birds of the air, for they neither sow nor reap nor gather into barns; yet your heavenly Father feeds them. Are you not of more value than they?” -Matthew 6:26“

“But woe to you who are rich, For you have received your consolation.” -Luke 6:24 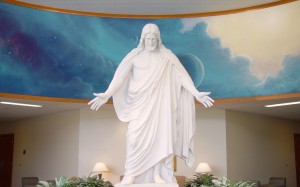 “And again I say to you, it is easier for a camel to go through the eye of a needle than for a rich man to enter the kingdom of heaven.” -Matthew 19:24

For if you love those who love you, what reward have you? Do not even the tax collectors do the same?” -Matthew 5:46 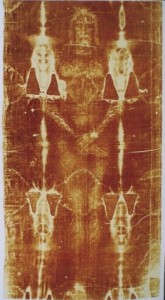 And when they had come to Capernaum, those who received the temple tax came to Peter and said, “Does your Teacher not pay the temple tax?” He said, “Yes.” And when he had come into the house, Jesus anticipated him, saying, “What do you think, Simon? From whom do the kings of the earth take customs or taxes, from their own sons or from strangers?” Peter said to Him, “From strangers.” Jesus said to him, “Then the sons are free. Nevertheless, lest we offend them, go to the sea, cast in a hook, and take the fish that comes up first. And when you have opened it’s mouth, you will find a piece of money; take that and give it to them for Me and you.” -Matthew 17:24-27

Then He also said to him who invited Him, “When you give a dinner or a supper, do not ask your friends, your brothers, your relatives, nor your rich neighbors, lest they also invite you back, and you be repaid. But when you give a feast, invite the poor, the maimed, the lame, the blind. And you will be blessed, because they cannot repay you; for you shall be repaid at the resurrection of the just.” -Luke 14:12-14

“So that servant came and reported these things to his master. Then the master of the house, being angry, said to his servant, ’Go out quickly into the streets and lanes of the city, and bring in there the poor, and the maimed and the lame and the blind.’” -Luke 14:21

“And if you lend to those from whom you hope to receive back, what credit is that to you? For even sinners lend to sinners to receive as much back. But love your enemies, do good, and lend, hoping for nothing; and your reward will be great, and you will be sons of the Highest. For He is kind to the unthankful and evil. Therefore be merciful, just as your Father also is merciful. Judge not, and you shall not be judged. Condemn not, and you shall not be condemned. Forgiven, and you will be forgiven.” -Luke 6:34 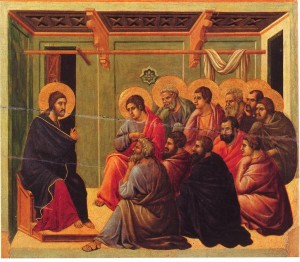 “…(F)or everyone to whom much is given, from him much will be required; and to whom much has been committed, of him they will ask the more.” -Luke 12; 48

“’These people draw near to Me with their mouth, And honor Me with their lips, But their heart is far from Me. And in vain they worship Me, Teaching as doctrines the commandments of men.’” -Matthew 15:8,9

“Even so you also outwardly appear righteous to men, but inside you are fill of hypocrisy and lawlessness.” -Matthew 23:28

“Beware of false prophets, who come to you in sheep’s clothing, but inwardly they are ravenous wolves.” -Matthew 7:15

“Do you suppose that I came to give peace one earth? I tell you, not at all, but rather division. For from now on five in one house will be divided: three against two, and two against three. Father will be divided against son and son against father, mother against daughter and daughter against mother, mother-in-law against her daughter-in-law and daughter-in-law against her mother-in-law.” Luke 12:51-53

“If anyone comes to Me and does not hate his father and mother, wife and children, brothers and sisters, yes, and his own life also, he cannot be My disciple.” -Luke 14:26

“So likewise, whoever of you does not forsake all that he has cannot be My disciple.” -Luke 14:33 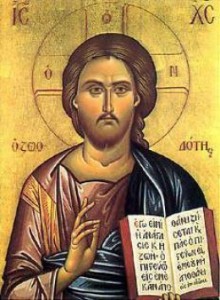 “’But bring here those enemies of mine, who did not want me to reign over them, and slay them before me.’” -Luke 19:27

“For whoever has, to him more will be given, and he will have abundance; but whoever does not have, even what he has will be taken away from him. Therefore I speak to them in parables, because seeing they do not see, and hearing they do not hear, nor do they understand.” -Matthew 13:12,13

“’Therefore take the talent from him, and give it to him who has ten talents. For to everyone who has, more will be given, and he will have abundance; but from him who does not have, even what he has will be taken away. And cast the unprofitable servant into the outer darkness. There will be weeping and gnashing of teeth.’” -Matthew 25:28, 29 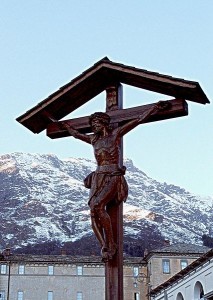 “Do not think that I shall accuse you to the Father; there is one who accuses you–Moses, in whom you trust.” -John 5:45

They said to Him, “Why then did Moses command to give a certificate of divorce, and to put her away?” He said to them, “Moses, because of the harness of your hearts, permitted you to divorce your wives, but from the beginning it was not so. And I say to you, whoever divorces his wife, except for sexual immorality, and marries another, commits adultery; and whoever marries her who is divorced commits adultery.” His disciples said to Him, “If such is the case of the man with his wife, it is better not to marry.” But He said to them, “All cannot accept this saying, but only those to whom it has been given: For there are eunuchs who were born thus from their mother’s womb, and there are eunuchs who were made eunuchs by men, and there are eunuchs who have made themselves eunuchs for the kingdom of heaven’s sake. He who is able to accept it let him accept it.” -Matthew 19:7-12

“There is nothing that enters a man from the outside which can defile him; but the things which come out of him, those are the things that defile a man.” -Mark 7 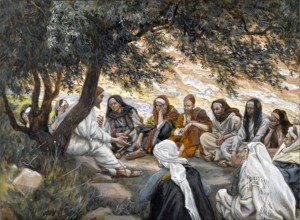 “But I say to you that whoever looks at a woman to lust for her has already committed adultery with her in his heart.” -Matthew 5:28

“For John the Baptist came neither eating bread nor drinking wine, and you say, ‘He has a demon.’ The Son on Man has come eating and drinking, and you say, ‘Look, a glutton and a winebibber, a friend of tax collectors and sinners!’ But wisdom is justified by all her children.” -Luke 7: 33-35

“And whoever will not receive you nor hear your words, when you depart from that house or city, shake off the dust from your feet.” -Matthew 10:14

You shall not add to the word which I command you, nor take anything from it. -Deuteronomy 4:2