Echo Chambers: A Brief History of US Media

We live in a society where conservatives and progressives have differing sets of facts. It’s not just a matter of interpretation – such as why it is that black people are incarcerated and unemployed at higher rates. We cannot agree on basic facts like what the unemployment rate really is.

The cause is plainly obvious: We live in separate echo chambers in which we consume our news from sources that reinforce our political biases. We eliminate sources which disagree with our partisan beliefs and become intellectually siloed. 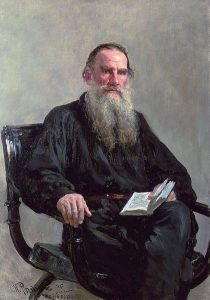 The solution is also obvious: Don’t do that. Consume news from sources with which you generally disagree. (If only to hear the other side of the argument so you know how to respond in a debate setting.) 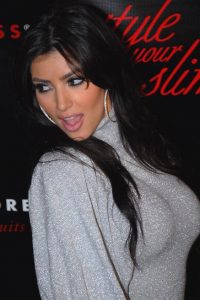 Thankfully, we have the whole of human knowledge at our fingertips. It’s on us whether to read Tolstoy or to Keep Up with the Kardashians. 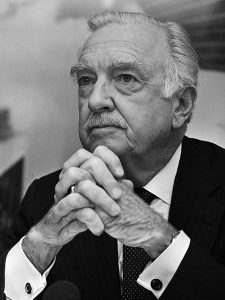 If we want to be politically informed it’s not easy since there are no widely trusted sources. There are most-watched cable news networks and programs. There are most-viewed websites and youtube.com channels. But we no longer have newsmen (and women) like Walter Cronkite who we believed would portray the news honestly. So we retreat to our echo chambers.

How did we get here? 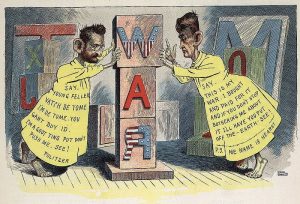 The first thing to understand is that the Cronkite-era trusted news source was an anomaly. We’ve had freedom of the press since the inception of our nation. But when the 1st Amendment was written all of the news was politically biased. Print media was partisan seemingly by definition. Sensationalized yellow journalism came about in the late 1800’s.

When television sets invaded our homes we demanded that in exchange for the privilege of utilizing our publicly owned airwaves networks were required to broadcast an hour of factual news. They were required to feature topical political matters in a truthful manner – completely separate from entertainment. It was understood that broadcast networks would take a loss for an hour of public service in exchange for using our publicly owned utility. In doing so, they slowly earned our trust.

On the other hand …

In the 1950’s Sylvester Weaver of NBC created Today, a chummy morning show which was…newsy. ABC & CBS eventually responded in the 1970’s with their own newsy morning shows in Good Morning America & This Morning, respectively. Local news stations had been raking in cash with sensationalized if it bleeds it leads news since the 1960’s. Then, Don Hewitt of CBS created 60 Minutes. It was the first prime-time news program to turn a profit. It utilized a formula of journalists as protagonists. Soon, Roone Arledge of ABC News provided competition in 20/20 & Nightline. Cable and CNN then emerged in the 1980’s. GE bought NBC and the news media which informs our public was fully morphed into a profit-driven venture.

No longer did we have a Big Three of trusted networks with trusted anchors. Suddenly there was a glut of options, creating stiff competition for eyes and ad dollars. 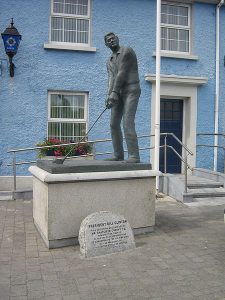 Thankfully, we had laws restricting ownership of media. A person or company could own print media or network media in a given market, not both. As such, our media was provided by dozens of sources. Until President Bill Clinton deregulated the media with the Telecommunications Act, which brought about media consolidation. Today, ninety percent of our media – from newspapers and magazines and books to movies and television – is owned by six corporations: Comcast, Viacom, CBS, Time Warner, Disney, and News-Corp. 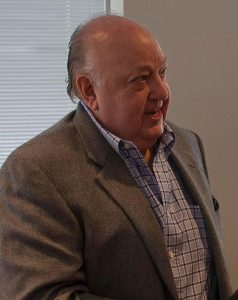 We used to trust our media and it used to serve us well. Brutal images of the Vietnam War caused public backlash and compelled us to eventually pull out. The Watergate scandal was exposed by Woodward & Bernstein, and finally hitched to President Richard Nixon by David Frost. Nixon, (along with media consultant Roger Ailes) realized that public opinion could be molded by creating entire news packages which mainstream news media would faithfully display unedited on their behalf. 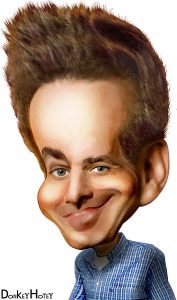 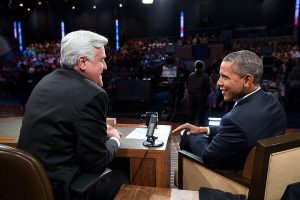 Today, cable and network news personalities pretend to play it down the middle – the Leno model, as imitated by Jimmy Fallon. He says the sky is red, she says the sky is blue – I guess we’ll never know! They’ve traded objectivity for neutrality. In doing so, they’ve squandered any and all credibility.  Our news anchors have become mannequinian script-readers who hope only not to offend by telling an uncomfortable truth or admitting to having an informed opinion.

So we flock to the internet. The multinational corporations funding television haven’t yet figured out how to monetize social media or web-based news. And we still have net-neutrality, for the time being, so that those in power are not able to slow access to unfavorable sites. 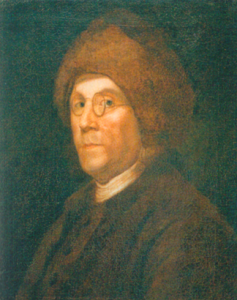 Ben Franklin in a fur hat

We have the ability to seek out reliable and varied news sources. We have the responsibility of being an informed citizen and voter. We have the luxury of self-governance – if we can keep it.