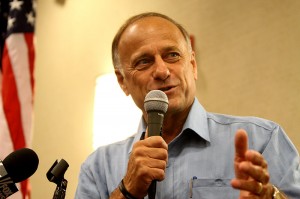 Immigration policy isn’t generally a water-cooler issue. It seems to comes up around election time. Some say things like, American businesses want immigration reform. Are you going to deport 12 million people? Rip their families apart? It’s not only cruel, it’s expensive to round up and deport 12 million people. And some say things like Illegals! Anchor babies! Build a higher fence! ISIS and Ebola are coming across the border! They’re taking our jobs! “For everyone who’s a valedictorian, there’s another 100 out there that weigh 130 pounds and they’ve got calves the size of cantaloupes because they’re hauling 75 pounds of marijuana across the desert.” Then after the election, the issue is largely forgotten. 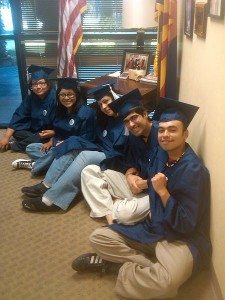 Well, this time immigration activists refused to be pushed aside. They camped out in offices of politicians. They pressed them on their cause, and recorded the embarrassing results. And when promises were broken, they focused their efforts on their allies. Obama was decreed Deporter in Chief. He’s been repeatedly heckled by immigration activists,  even since these latest executive actions. They make change happen. Yet and still, they refuse to be satiated by empty rhetoric and half-measures. They are relentless, they are tireless. They embody the immigrant work ethic. Most importantly, their families will be torn apart if they are unsuccessful. Si se puede!

Thus, President Obama announced executive actions that could effect roughly 40% of undocumented immigrants.This has sparked discussions that have genuinely surprised me. (There I go again, assuming my fellow Americans are inherently good people.) Hence, I take to my keyboard. 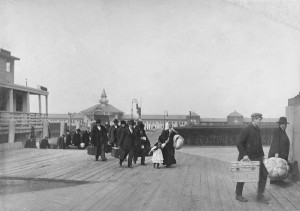 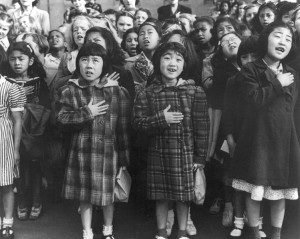 We are a nation of immigrants. Unless you are a Native American, your family came here from somewhere else (most of us by choice). Every group that comes here faces discrimination. It’s nothing new. We hated the Irish. We hated Italians. Greeks. Poles. None of them were considered white like us at first. They were all ridiculed as inferior, and were blamed for taking jobs from real Americans. Importantly, this is not simply an American thing. And it’s certainly nothing new. 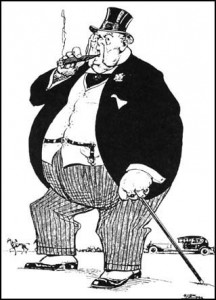 Look, I get it. When financial times are tough we look for places to point our fingers. We’ve experienced nearly 40 years of wage stagnation, accentuated by a Recession with no calling-to-account. And a recovery that hasn’t. But it’s important we not be distracted. We cannot fall into the all-too-easy trap of taking frustration out on the most vulnerable, simply because we have the power to do so. There is no such thing as an illegal person, and human beings should not be referred to as aliens. Nativism and xenophobia are ugly. America is not supposed to be ugly. 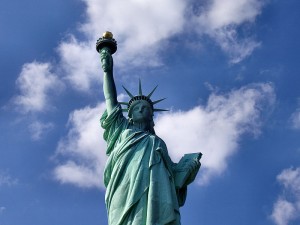 “Give me your tired, your poor, your huddled masses yearning to breathe free.”

This is our heritage. It is our responsibility to ensure that America the Beautiful rings true. That a nation of immigrants feel empathy for immigrants. 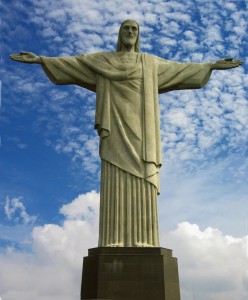 Deification aside, I have great respect for the teachings of one Jesus of Nazareth. Jesus taught compassion. He taught mercy over sacrifice. He told of the good samaritan. He said to treat the least of these as you would Him. To treat strangers as you would Him. To love your neighbor. (Old Testament is full of immigration-friendly verses.)

Using religion for public policy is certainly problematic, given the separation of church and state. But this is after all, a majority-Christian nation. And it shows that immigration has been an issue since, forever. So if it helps… 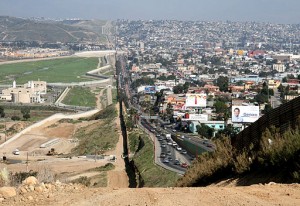 It’s time we pause and talk about who they are. Immigration generically means people come from Mexico to a lot of us. The plurality of undocumented immigrants are from Mexico.  But people come to America from all over the world (and net migration from Mexico has been less than zero since the Recession). And the one’s who do come here are people who worked and saved. Who had not only the gumption, but the will to follow through. 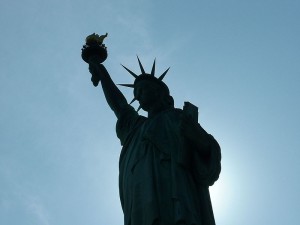 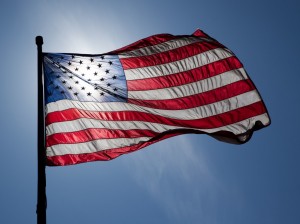 So who are we, anyways? Are we who we say we are? What is America? And what does it mean to be American? Is it simply a genetic lottery? Is it not someone who lives here? Who loves here? Who go to school, who pay taxes? Are we to round up and deport 12 million people? People who look at the stars and stripes with more appreciation and admiration than anyone else possibly can? Who only want to be accepted and allowed to remain with their families?

Why are we so compelled to tear them apart? Why must we be so cruel? Are things so bad now? What if we had sealed the borders after the Great Depression? After the Civil War? The Revolutionary War? Would you be here now? Are we so superior a nation that we should seal our borders? Are we North Korea? 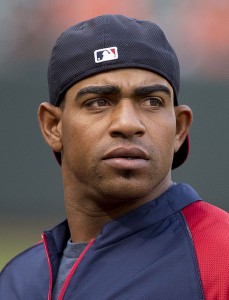 Politicians speak of the best and the brightest. Net-positives. Businessmen and athletes and entertainers. STEM fields. 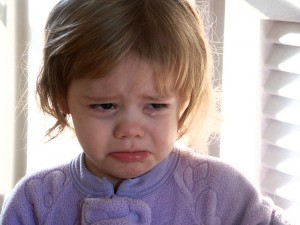 But some are the sole representative of their family. Who had to scrape and scrimp for years just so one of their children could one day go to America. So just one of their children could one day find the American dream, and send riches back home. Can you imagine? You send one of your kids to school and eventually America, and they scream and fight, because a kid just wants to stay with his family? And you never see them again, because they can’t get back into America if they visit home? While your other children work because you cannot afford for them to go to school, too? 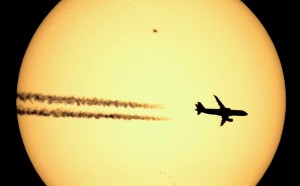 Sure, that’s a sad picture. And certainly not representative of all undocumented immigrants. Maybe the whole family sneaks across the southern border with help from a coyotaje. Maybe a whole family comes from Japan on a jetliner, and simply overstay their visas ad infinitum. Everyone has a story, and many had to struggle to get here.

Once here? Fortunately, it is illegal to require a k-12 student to prove citizenship. So we are pretty good about educating undocumented children. And more states are allowing driver’s licensing sans proof of citizenship as well.

However, a job requires a Social Security number. If you simply happen across one, you will be paying taxes you’ll never see again. (And we need you paying into the system – we have a bunch of Baby Boomers to support, and our birth rate cannot keep up.) If you aren’t fluent in English, you will be considered less intelligent. Kitchen work. Construction if you’re lucky. If no SS#, then options are limited. Under-the-table work. Housekeeping, landscaping. We’ve all seen folks around the Home Depot. 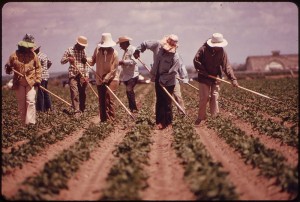 Seasonal. Farm. Work. This goes to the whole idea of immigrants taking our jobs. Americans refuse to pick oranges or apples or tomatoes or peaches or whatever else. We’ve tried, and failed spectacularly. We’ve passed strict laws with harsh punishments for being caught employing undocumented immigrants (Alabama, for instance), and crops were lost because we refuse to do such back-breaking work for such little pay. Won’t do it. 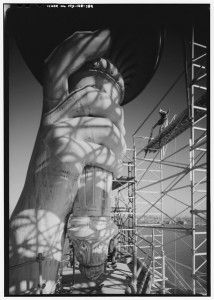 We rely upon cheap farm labor. Produce is already expensive enough, especially compared to the dollar menus at fast food chains. If we forced agricultural corporations to pay all of their workers minimum wage, the price of produce would skyrocket. (P.s. Not an endorsement of slave-wages. Shows how we take undocumented workers for granted. And how both they, and immigration policy, effect our daily lives.) 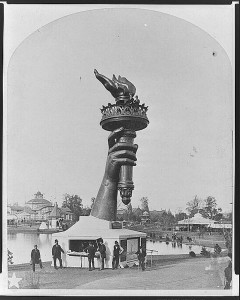 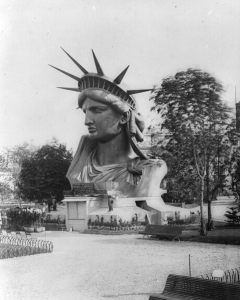 The thing about our current system, is that we force undocumented agricultural workers to stay. We have them trapped, in a sense. You see, if they go home after their seasonal work is done, we won’t let them back in the following year. They are practically hostages, our indentured servants. Because we don’t want to pay more for our food. And because agricultural corporations don’t want to pay their workers more, either. Tacit agreement. 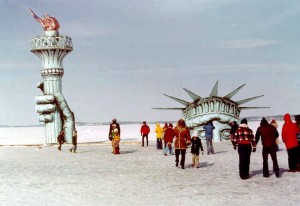 I need you here, I won’t let you go. But if you leave, I won’t take you back. And if that paycheck comes up short, or never at all? You gonna report me? You gonna go to the authorities and explain how you’re an illegal? You’re gonna shut your mouth. And if I want to take your wife or your daughter – what you gonna do? You wanna get deported? You want to get your family deported? Shut your mouth and get back to work. Bow your head. I make the rules. You are an illegal, a criminal. You are inferior. You are my scapegoat.

*DOMA has since been repealed. And while DACA provides temporary relief for some DREAMers, Mr. Vargas’ age disqualifies him