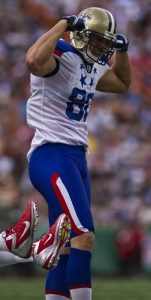 When the Seattle Seahawks traded Max Unger and a first round pick for Jimmy Graham and a four, I was both excited and perplexed. Superstar Jimmy Graham is undeniably one of the most dangerous weapons in the NFL. But…

He doesn’t seem a match with Pete Carroll’s offensive philosophy. Jimmy Graham is a receiving tight end accustomed to lining up outside in a high-volume passing offense. Carroll likes to pound the rock and play good defense.

And he’s tried this before. Zach Miller was a Pro Bowl TE with Oakland, before signing a $34m deal with Seattle in 2011. He was used primarily as a blocker in four forgettable seasons. Perhaps Miller was asked to block so much because of shoddy pass-protection by the o-line. Well, now the ‘Hawks best blocker, Russell Okung, plays for the Broncos (and J.R. Sweezy is in Tampa).

Such is life in a league with a hard salary cap. 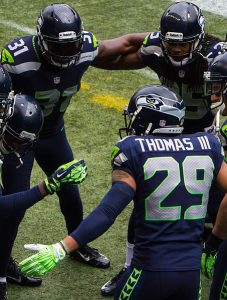 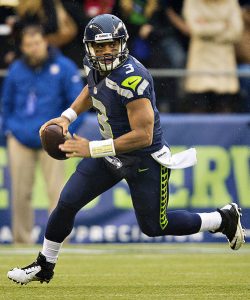 Russell Wilson got a huge payday. Doug Baldwin and Jermaine Kearse both recently got hefty raises. 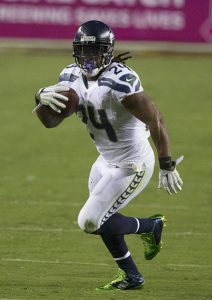 While the retirement of Beast Mode is a tremendous loss in terms of leadership and locker room presence, team identity, and individual talent. His cap number was prohibitive for his position and age.

The question is whether the salary cap and player talent facilitate a shift toward a more aggressive and aerial offensive strategy, or whether Carroll’s preferred conservative ball-control philosophy, more reliant upon defense and field position, is continued (perhaps neither fullback being retained is a clue – though one was for legal reasons, and two rookie fullbacks were signed).

And how Jimmy Graham fits into it all.

The Seahawks failed to incorporate his talents into the offense during his first – albeit abbreviated – season in Seattle. While no one expected Graham to replicate his catch or yardage totals in New Orleans, it was expected that he would be a commanding presence in the red zone and on the goal line. (Though throwing on the goal line led to Malcolm Butler’s infamous Super Bowl-clinching INT.) 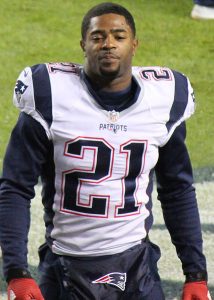 The season was a terrible disappointment – long before Graham was forced to the sideline with injury. To add insult to injury, the offense absolutely took off the moment Jimmy Graham left the field.

He looked uncomfortable lining up in a three-point stance. He can’t block even average defensive players the box. His talents are wasted when asked to play as any run-of-the-mill TE normally would. 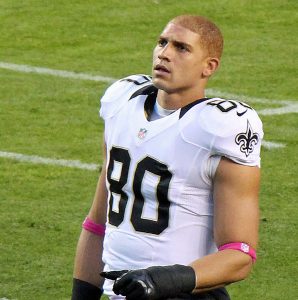 In 2014, Superstar’s agent argued that Graham should be considered a wide receiver for franchise tag salary purposes, since he was lined up in that position 67% of the time with the Saints.

The Seahawks should do the same – and much more so. Don’t make him put his hand in the dirt and have him bang around with d-linemen. Let him stand up, and try to get in the way of corners and safeties on run plays. Put him in motion so they can’t easily jam him at the line and they have to adjust their pass coverage just before the snap. 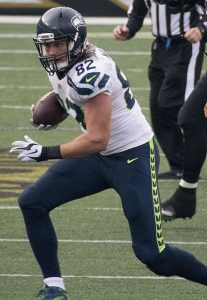 Luke Willson is a perfectly capable tight end (though also known more as a receiver). Cooper Helfet is a fine backup. Nick Vannett was recently drafted out of Ohio State (reportedly more of a blocker). Perhaps one of the undrafted rookie fullbacks. Hell, WR Chris Matthews can probably get in the way (run block) as well as Graham. 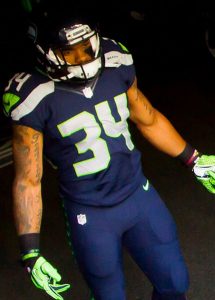 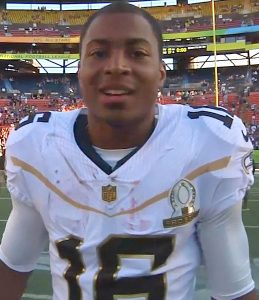 Split him out wide. The Hawks’ base offense should feature Thomas Rawls at RB, Willson at TE, along with Graham, Baldwin, and either Kearse or Tyler Lockett at WR.

But however it’s done, Darrell Bevell, Pete Carroll, and the Seahawks must make good use of Jimmy Graham – before he becomes disgruntled and Percy Harvins his way out of town. 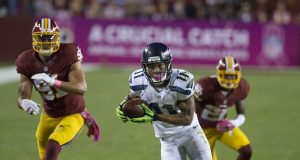