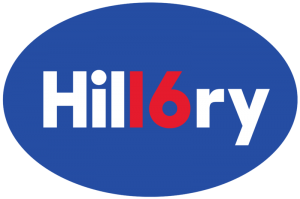 Twenty-sixteen will hold the most significant presidential election in my lifetime. Of course, this claim is made every four years, and it’s rarely, if ever, true. While all presidencies are certainly relevant in their time, relatively few are memorable in retrospect. Washington was numero uno. Jackson led a genocide. Lincoln freed the slaves. But for every JFK or FDR, there’s five Franklin Pierce/Millard Fillmore-types. 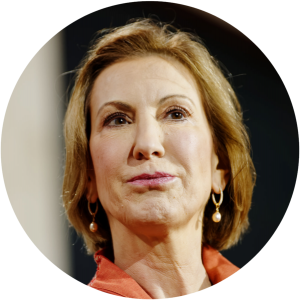 So why is this particular election so meaningful? For starters, odds are (ask Vegas) that we will at long last remedy the national disgrace of having never elected a female leader, nearly a century after the 19th Amendment established the rights of women to vote. However, that alone is certainly not reason enough to vote for Hillary. After all, this was also the case in 2008, and Carly Fiorina is running for the Republican nomination, if we’re only interested in checking boxes. 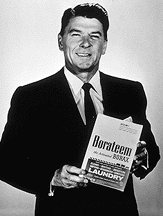 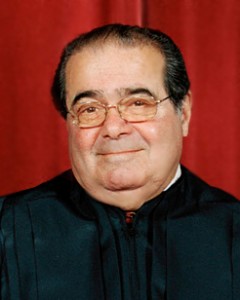 This coming election is the most important of my lifetime, because of the nine Supreme Court Justices, four – Breyer, Ginsberg, Kennedy, & Scalia – will be at least 78 years of age by election night ‘16. Ronald Reagan did a lot of damage to this country during his eight years in office. From fundamentally restructuring our tax code in order to redistribute more and more wealth to the wealthy (which we still haven’t fixed), to union-busting, to ramping up the war on drugs, and demonizing and fear-mongering welfare queensand strapping young bucks in blatant dog-whistle attacks, to marrying evangelicals to the republican party, to illegally selling arms to terrorists, and slow-footing his response to AIDS because he thought it was a gay thing. But Reagan-appointee Antonin Scalia has been dragging this country rightward from the highest bench for going-on 30 years now. Reagan also happens to be the last president to have more than two justices confirmed, three decades ago. 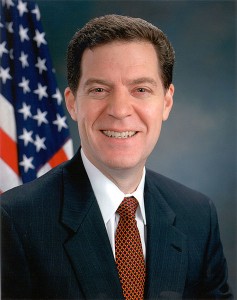 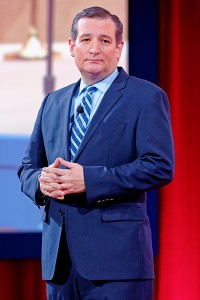 If President Ted Cruz were to be sworn in in January, 2017, we could very well have seven conservatives on the court by the end of his administration. Bye-bye reproductive rights. Bye-bye voting rights. Bye-bye marriage equality. And that’s just what the SCOTUS would do. If conservatives held a firm grasp on all three branches of government, including both chambers of congress, and roughly two-thirds of the states? I’ve seen what conservatives have done to Texas, Florida, North Carolina, Kansas – we’d be in a bad way.

That said, an anti-republican case is not necessarily a pro-Hillary one. After all, President Bernie Sanders would nominate reasonably similar justices to Hillary, given the opportunity. But Hillary is perhaps both the most widely anticipated front-runner, and most qualified candidate, in memory.

Before serving as Secretary of State, Hillary Rodham Clinton was Senator Clinton of New York. She’s done amazing work for charity with the Clinton Global Foundation. Before she was a very prominent First Lady (her Women’s Rights Are Human Rights speech was quite memorable), she was…also first lady, of Arkansas. Hillary was on the board of (Arkansas based) Wal-Mart. She was the first female partner at Rose Law, was on the Yale Law Review editorial board, and gave the first commencement speech by a student at Wellesley College, where she was president of the Young Republicans as a freshman. 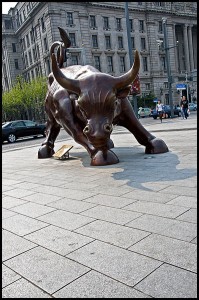 Hillary Clinton is, more than anything else, a politician. She is the establishment. Her largest contributors are financial institutions. 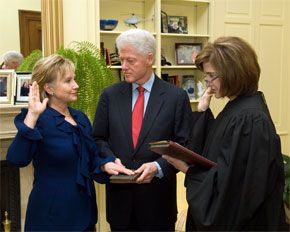 She has spent her years since State stroking the egos of banksters for hundreds of thousands a pop. She is on the record stating that she would not support reinstatement of Glass-Steagall. She summed it up best in the initial democratic primary debate – “I represented Wall Street as a Senator from New York.” Indeed. 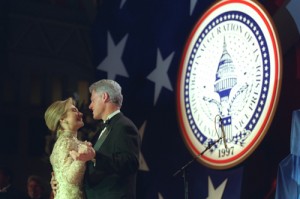 After all, it was Bill Clinton who was president when Glass-Steagall was repealed in the first place, undoing 60 years of sound financial regulatory policy, laying the groundwork for the Great Recession. Bill worked with Republicans to boot millions of poor folks off of the welfare rolls, to harass the LGBTQ community with DOMA, to destroy hundreds of thousands of lives with the 1994 crime bill. While Bill says he’s sorry for some of that now, and Hillary didn’t cast any of those votes or sign any of those laws, she was publicly vocal and supportive a the time. 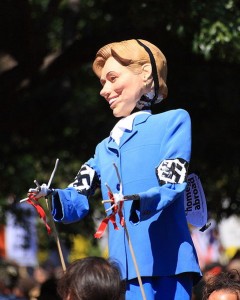 Hillary is among the most hawkish of politicians, especially among democrats. She lost to Obama in ’08, partly because of his repeated attacks on her vote on the Iraq war. Her war drums bang in unison with Bob Menendez and Chuck Schumer, with Kelly Ayotte and John McCain. 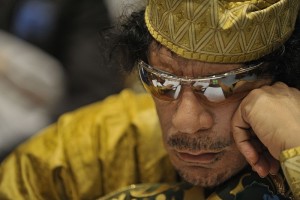 #Benghazi! was a failure, as with our Libya policy writ large. Libya was supposed to be Hillary’s pet project, her main achievement in her time at State, her go-to foreign policy talking point. They all wanted Muammar Gaddafi out, but Republicans were calling for troops on the ground, which turned out to be entirely unnecessary. Libya held free elections. Success! Then four Americans were killed in an attack on our consulate (CIA outpost, actually), which conservatives turned into the political football that is #Benghazi! 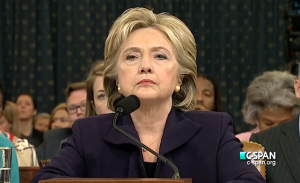 Conservatives have been shouting #Benghazi! to each other for years now, without being able to coherently explain to anyone else what the scandal part is supposed to be. 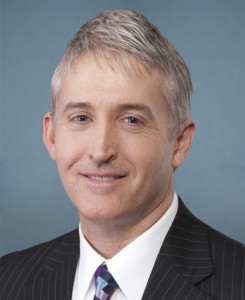 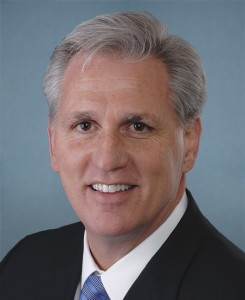 After nine congressional investigations thus far, conservative politicians and aides (including Majority Leader Kevin McCarthy) are finally starting to publicly admit what we’ve known all along, that the #Benghazi! hearings are nothing more than a tax-payer funded fishing trip meant to derail Hillary’s presidential aspirations. Following Hillary’s 11-hour testimony, select committee chair Trey Gowdy admitted that he had learned nothing new. Gowdy and Co. have screwed up #Benghazi! so thoroughly, that Hillary suddenly seems the sympathetic figure in comparison. What remains to be seen, is whether she will be able to convince the voting public to associate the partisanship of the investigations, with the (so-far) unrelated emails exposed therein. 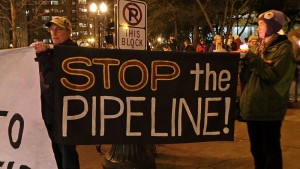 In an attempt to convince progressives that she shares their concerns, Hillary’s been uttering platitudes for months now. She’s suddenly against the terrible TPP, despite publicly supporting it dozens of times, to the point of calling it the gold standard of trade deals. She’s suddenly opposed to the Keystone XL tar-sands pipeline. She’s talked up criminal justice reform, debt-free college… 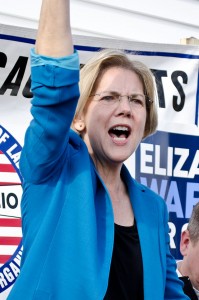 So why then, did I replace my Elizabeth Warren 2016 bumper sticker with a Feel the Bern 2016 model? Because Bernie Sanders’ progressive bonifides are practically unassailable. He has been preaching the same populist message for 40 years in politics. Populism is, by definition, popular. Bernie brings the crowds. 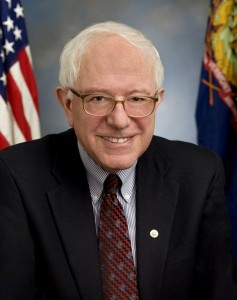 Bernie doesn’t talk like a politician, his responses are substantive and policy-driven. He doesn’t evade or obfuscate. Bernie is not a calculating establishmentarian hack who is running to the left for the primary, before veering back to the center for the general. He’s not even a democrat! He’s a self-described democratic socialist, who is only teaming with democrats for the party infrastructure (read, $) necessary to win the presidency. Bernie wants to shout his populist message from the proverbial rooftops, in order to drive up voter-turnout of people of who know that the political machine, filled with corporatists like Hillary Clinton, cater only to the wealthy donor-class. Bernie wants to turn our oligarchy back into the democracy that it was supposed to be.